Chloroquine pop-ups is a webessay composed around the moment in which Brazil exceeded 100,000 deaths from SARS-CoV-2. The work explores exhaustively sound, visual and interactive elements of the web browser interface: pop-ups, mouse movements and the dragging of the windows constitute the ways of playing the instrument that performs this composition. The narrative proposed in the work is shown through images that formed part of the imaginary constituted during the quarantine period in Brazil until that moment. Some of these elements permeate the whole history, which are summarized in numbers. Counting, in this case, expresses not only the tautological and universal logic of the digital medium, but also the form in which we get gradually more anesthetized throughout the days while listening to the announcement of hundreds of new deaths.

We live in a period of war in Brazil. At least this is the metaphor that the Brazilian State uses repeatedly throughout the 2020 pandemic period. Since then we have been hit daily by cannonballs through our screens and we replicate their shrapnel in the same way, illuminated by the light from our devices. However, when we hear the government officials can not know who would be our enemy

From a certain perspective, the lack of the enemy and the suppression of these layers of society are absences that complement each other, and form a large hollow space, which separates us from what happens in reality, because it only reiterates the same structural bases of this social architecture. While we wait for the invaders, bewildered within this void reconfigured by technology, we hear muffled announcements of hundreds of thousands of deaths. And that is the only true part of the war announced by the State. Death is the only expression of the real in the midst of the pandemic.

André Damião is an artist and researcher who works transversally
between the fields of music and electronic art. He graduated in
Composition at the State University of São paulo (UNESP), and is
a PhD student in Sonology at hte University of São Paulo (USP).
He has presented his works in galleries and concert halls in 18
countries. 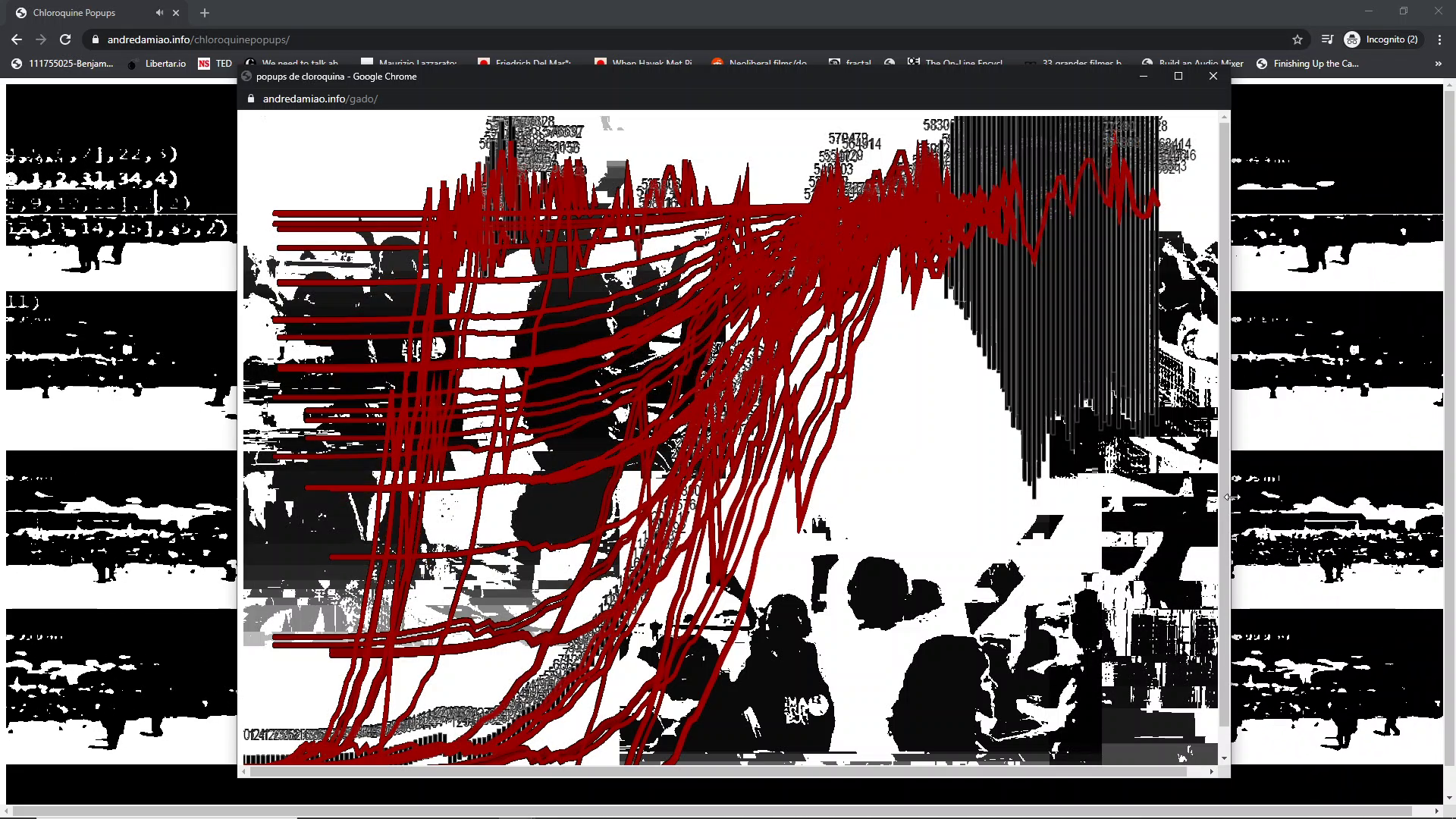