Duplex Drumming is a performance piece for two kit drummers, electronics, and two live projections. The drummers execute rhythmic binary patterns that produce both music and text. The content of the text produced by the drummers is a short meditation on human experience within a world increasingly dominated by digital processes.

The aim of the work is to slow down and translate digital information, in the form of the rhythms and patterns of computer processes, into musical and textual forms. It explores the space between hermeneutic (interpreting, manipulating symbols, livecoding) and embodied physical relations to technology. It also acts as a resistance to music technologies that diminishes people’s rhythmic agency making them passive and increasingly dominated by the transhumanist imagination.

The work uses two custom hardware rhythm-to-text converters that have been developed with the Teensy USB-based microcontroller and the open-source Arduino programming language. These circuits have small LED displays that can be read by the percussionists and are also projected live for the audience to read. 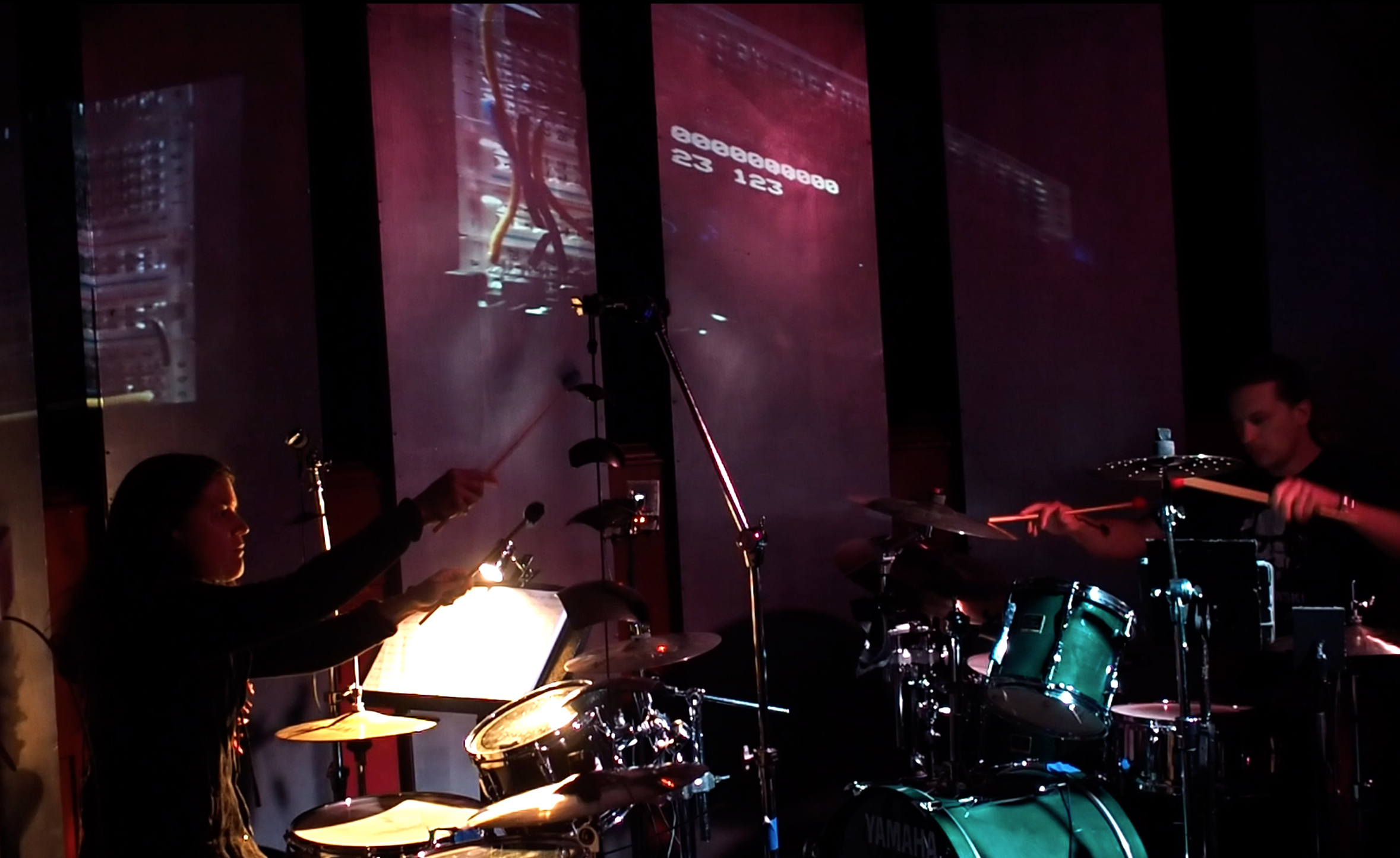