These series is called* Reconquista* as I view the temples scattered all over Lima as a glitch on what it would otherwise be a uniform third world imitation of first world architecture: these should have disappeared in colonial times (many did) but others were just forgotten, being buried underground but this erasing of memory was what actually saved them. Now, they appear as earth colored irruptions in that otherwise grey cement city, but also as a surviving (yet silent) presence of the cultures that
inhabited that same ground.

The earth temples scattered all over Lima city are the organic glitches in an inert sea of concrete: these ancient structures should have disappeared in the colonial era but were actually destroyed in modern times buried under the infrastructure of recently-made household buildings, Universities or Newspaper printing industries. Others, though, were just forgotten, kept underground by yearly sediments of dust: this erasing of visual collective memory was what actually saved them. Now, finally uncovered, have ended up appearing as soil-colored disruptions in the otherwise grey cement city: a resilient yet ghostly presence of the human groups that inhabited that same ground, striving to survive against an environment that views their existence as problematic for serving as a stop for its own expansion.

Somehow the errors in the photogrammetry render reconstruction emphasize the fact that some of these temples have also been partially unearthed and (badly) reconstructed in some cases, end up in a better state than its contemporary surroundings in the renderings, the adjacent city now portrayed in decay or completely removed.
This can be read as a parallel to post-colonial societies, as a metaphor to what the apparent neverending (re)building of identities and societies entail.

I view that errors contribute to this (his)story, instead of taking from it. It reflects a process that indeed has always implied the loss and/or elimination of data.

Reconquista means re-conquest. To embrace the glitches in (the) (hi)story is to re-conquer that same (hi)story. 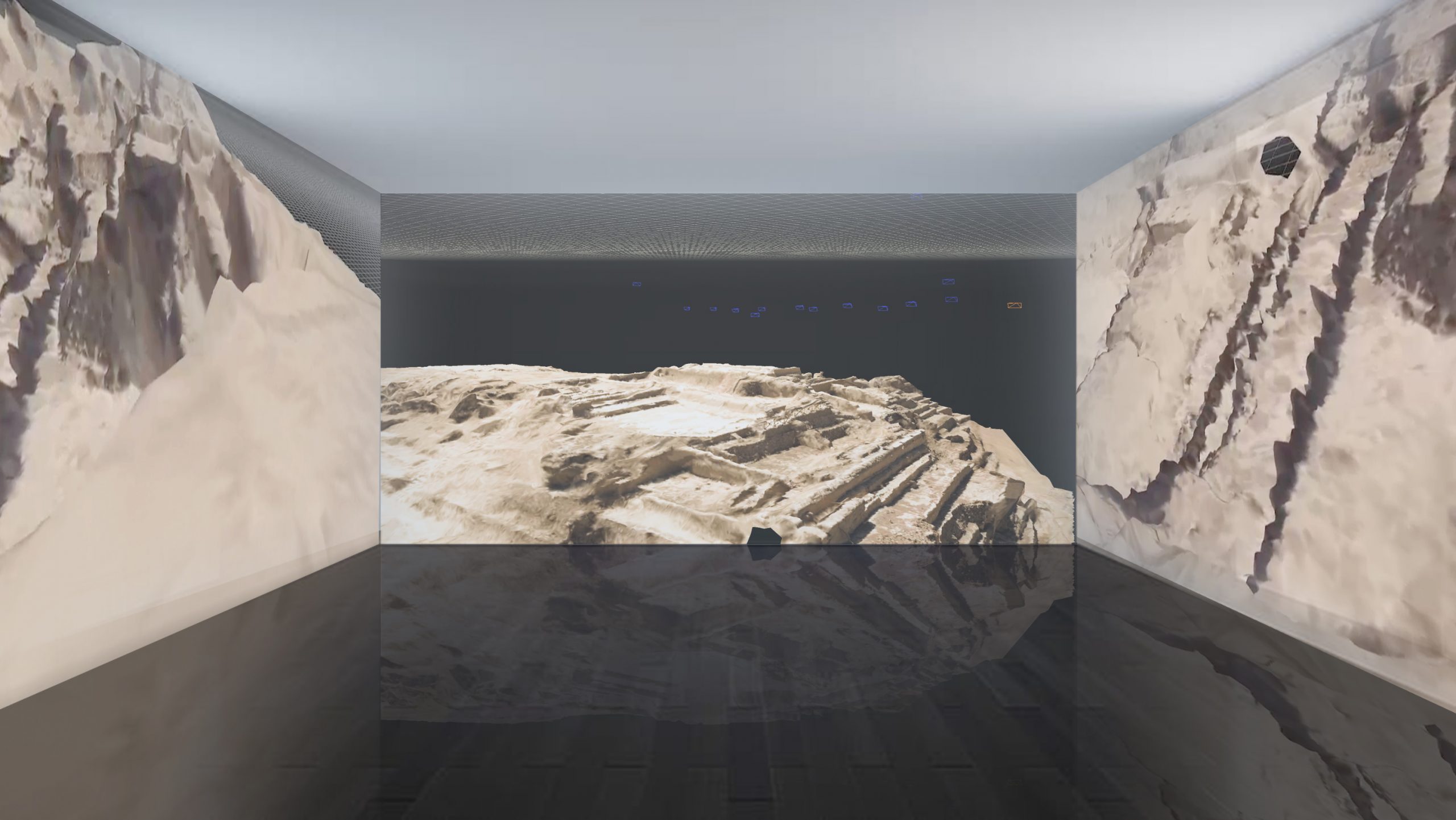