How does your hair sound, and what sound is made when you shrug your shoulder? Sound of Silence is not a performance in the traditional sense, but an open experiment exploring the relationship between movement and sound. The soundscape in this performance consists of sounds created on stage by the dancers and their movements. Using different types of microphones and computer programming, every sound you experience is a result of the happenings on stage. In most dance performances, you experience two separate artistic expressions; the dancers moving on stage, and the music playing either as a recording or an orchestra somewhere in the room. The movements you see on stage are seldom directly connected to the actions that create the accompanying music. Sound of Silence searches to explore new and more direct relationships between movement, bodies, and sound. The aim is to inspire the audience to think differently about the relation between sight and hearing, challenging them think beyond the traditions of musical language and dance.
Sound of Silence is a collaboration between dancers Maria Ulvestad and Mari Bø, and musician and composer Gaute Barlindhaug. The performance premiered the 29 th of June 2018 at the Arctic Arts Festival in Harstad, Northern Norway. It was created based on residencies in the Czech Republic and Lithuania, and then co-produced with the Arctic Arts Festival in Tromsø. It has also played at the festival «Lift.Karelia. Young Theatre» in
Petrozavodsk in Northern Russia, accompanied by both after talk and workshops.

Mari Bø
Choreographer/performer
Mari Bø graduated from the Norwegian College of Dance in 2012 with a BA in Contemporary Dance. She recently finished her MA in Fine Arts from Iceland University of the Arts. She has toured internationally and nationally in Norway with projects such as Noise Control and Tungt. She has been working as a dancer in Ritsj by Katma Teater, and is currently based in Tromsø, Norway.

Maria Ulvestad
Choreographer/performer Maria Ulvestad is educated from the Norwegian College of Dance with a BA in Contemporary Dance, graduated in 2012, and The Norwegian Academy of Arts with a postgraduate degree in performance art in public spaces. She lives in Oslo and works freelance as a choreographer, dancer and producer. She has worked with Tilt 2015-16 by Panta Rei Danseteater, Ostwald/Uvaas, Ålskog/Brandanger in addition to
initiating several projects with the company KUB collective and other artists.

Gaute Barlindhaug
Composer/Performer
Gaute Barlindhaug is a composer and a musician who live and work in Tromsø. He has composed music for several performances and worked with artist such as Aedena Cycle, Anneli Drecker and Taigatrost. He is educated in art and media, and has a Phd in music technology and aesthetics. 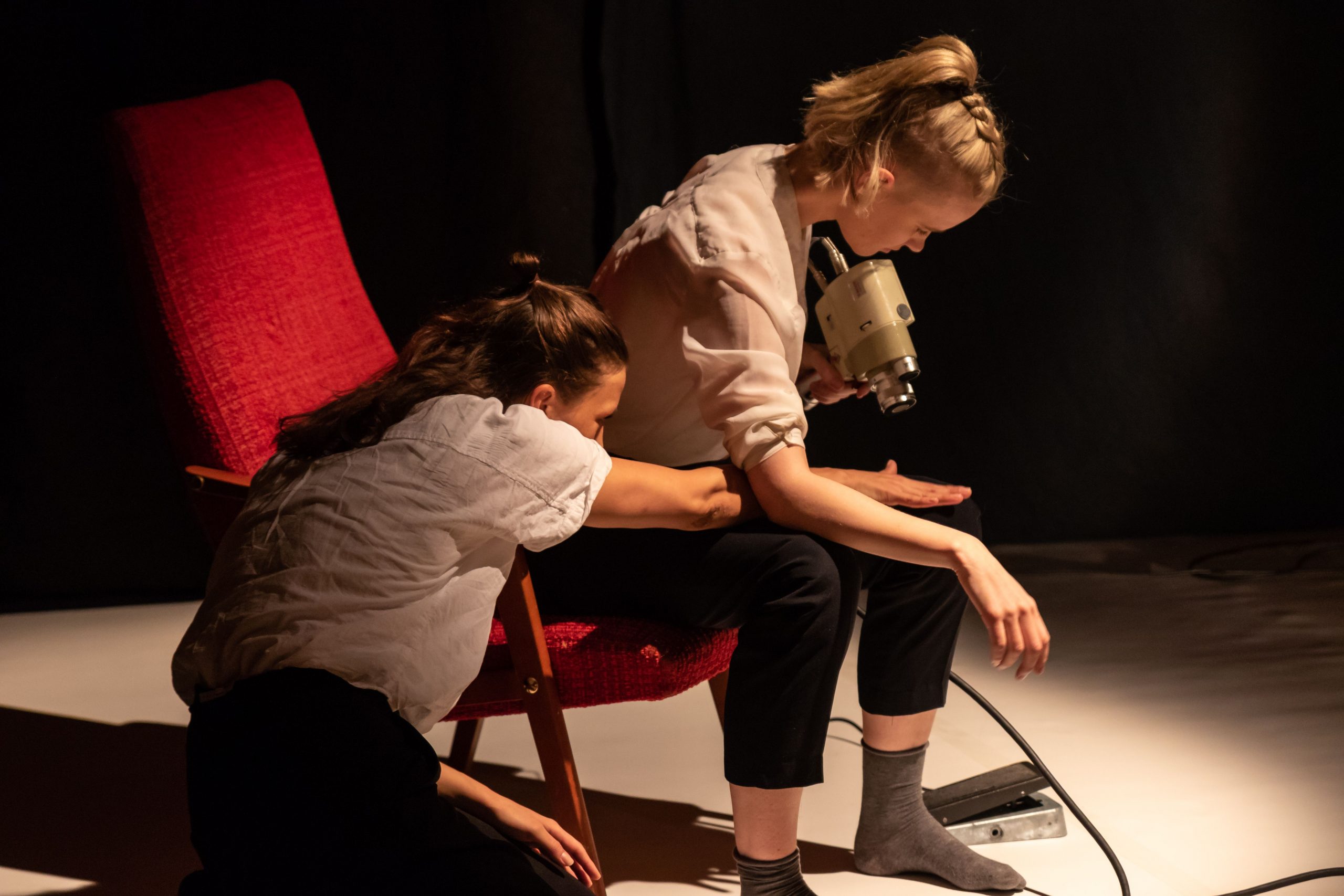