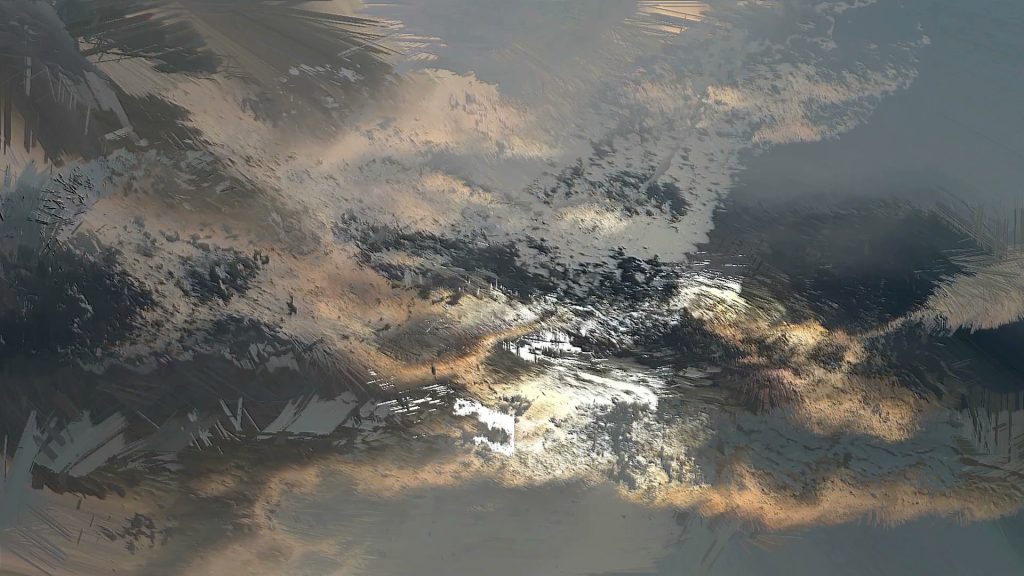 “Entropy: Sky” is a photovideography, a photograph that changes over time to change status and become a video artwork.
The pixels of the image are drawn, depending on their brightness, in opposite directions.
From these torn skies will remain only traces, vestiges of a time when the great balances on Earth were respected. 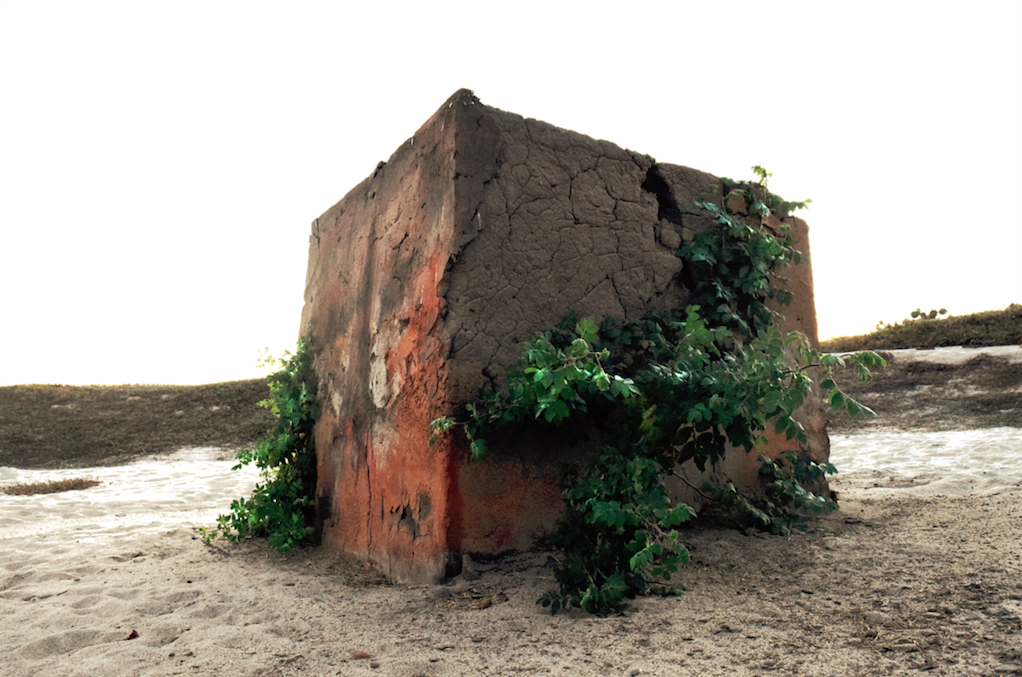 And in the future the cracks will also be a home. ecoPoetics.

Hamilton Mestizo, an expert artist and scientist working on DIY bioart. Hamilton Mestizo is an artist, cultural manager and researcher from Bogotá (1983). His work is developed from a transdisciplinary perspective that explores the edges between art, technology and science, critically inspecting theirs sociocultural and ecological implications. 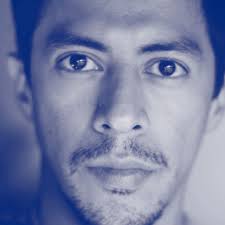 During the time of quarantine I have been experimenting with methods of culturing microorganisms based on techniques and procedures used in DIY microbiology and artistic methodology. For this, mixtures of different culture media (with organic waste from cooking and special inks) for growing microorganisms have been made, revealing shapes and structures derived from the diversity of these living beings like fungus, algae, bacteria, viruses and yeasts. 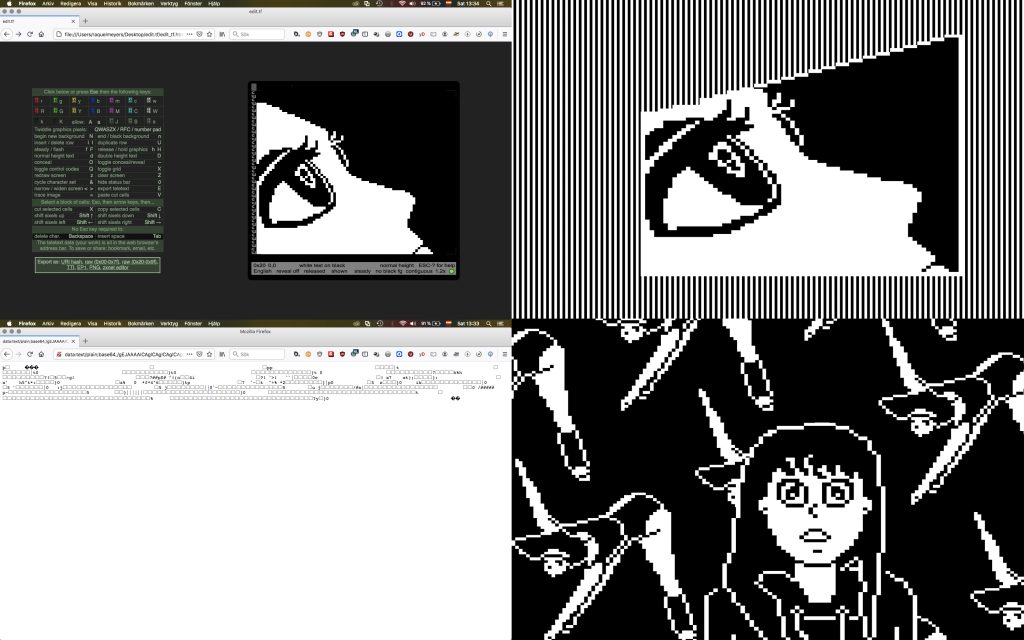 ‘Inattention’ is a #Teletext based animation made at the Residency Irudika 2020 and, it was finished in confinement on May 3rd, 2020, in Angoulême. The residency at La Maison des Auteurs was for 3 weeks but lockdown made me stayed for 3 months in an apartment without wifi. 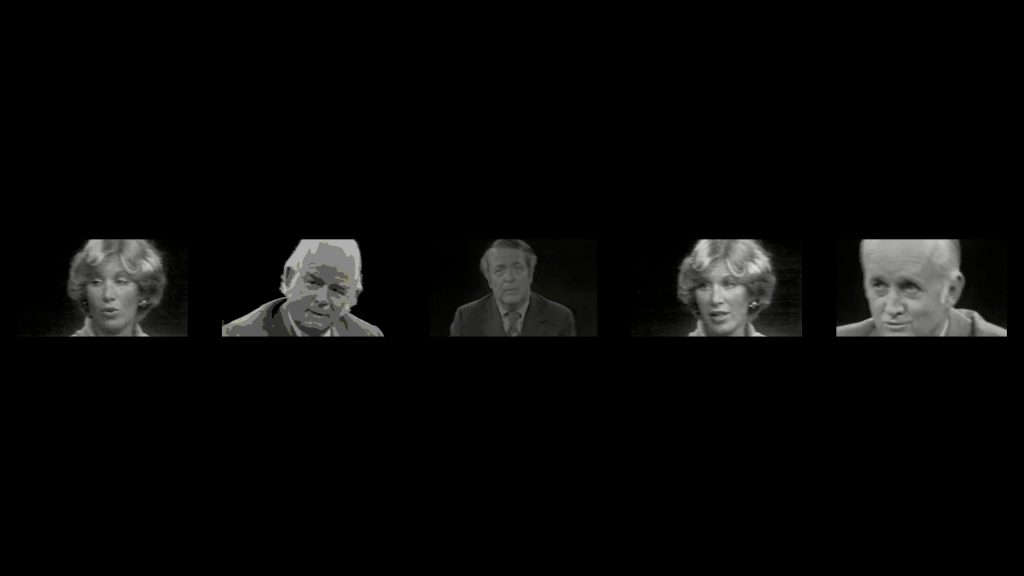 Speech 2 is an experimental audiovisual piece created from a series of old clips from the US broadcast public affairs interview program The Open Mind. This piece is reflection on the action of communicating, highlighting its limitations, and can be labelled as “text-sound-art” in an audio-visual framework. 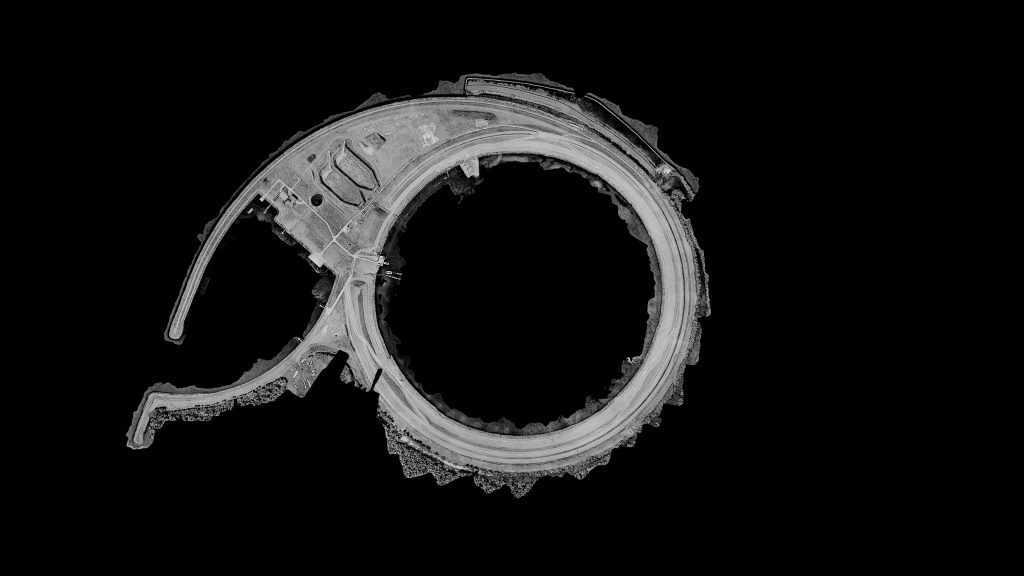 In the face of climate change, large-scale computer-controlled systems are being deployed to understand terrestrial systems. Artificial intelligence is used on a planetary scale to detect, analyze and manage landscapes. In the West, there is a great belief in ‘intelligent’ technology as a lifesaver. However, practice shows that the dominant AI systems lack the fundamental insights to act in an inclusive manner towards the complexity of ecological, social, and environmental issues. 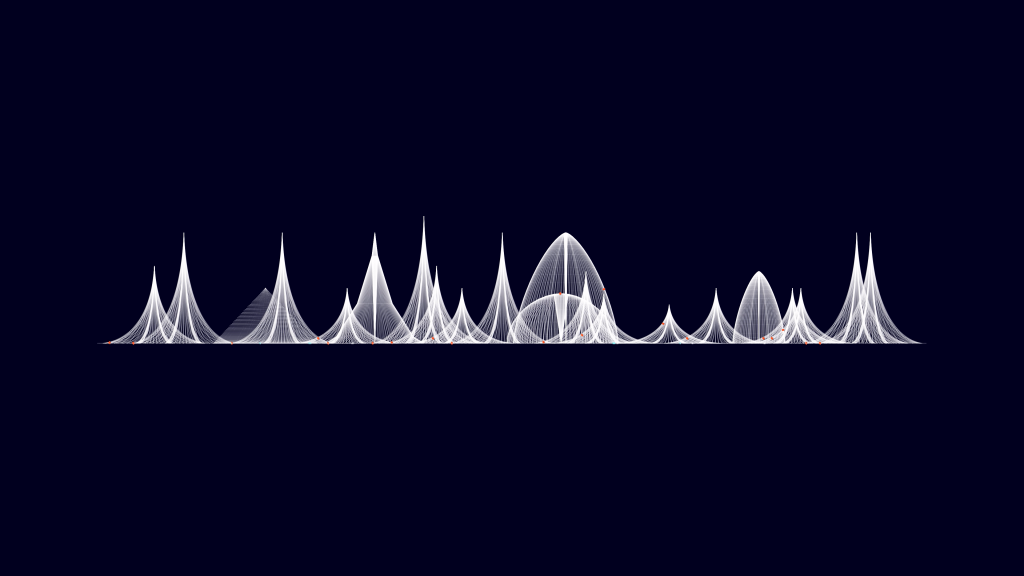 Study for a cosmic city

“Study for a cosmic city” is an audiovisual work inspired by a utopian urban proposal exposed by the composer and architect Iannis Xenakis in an essay entitled “La Ville Cosmique” (1965). 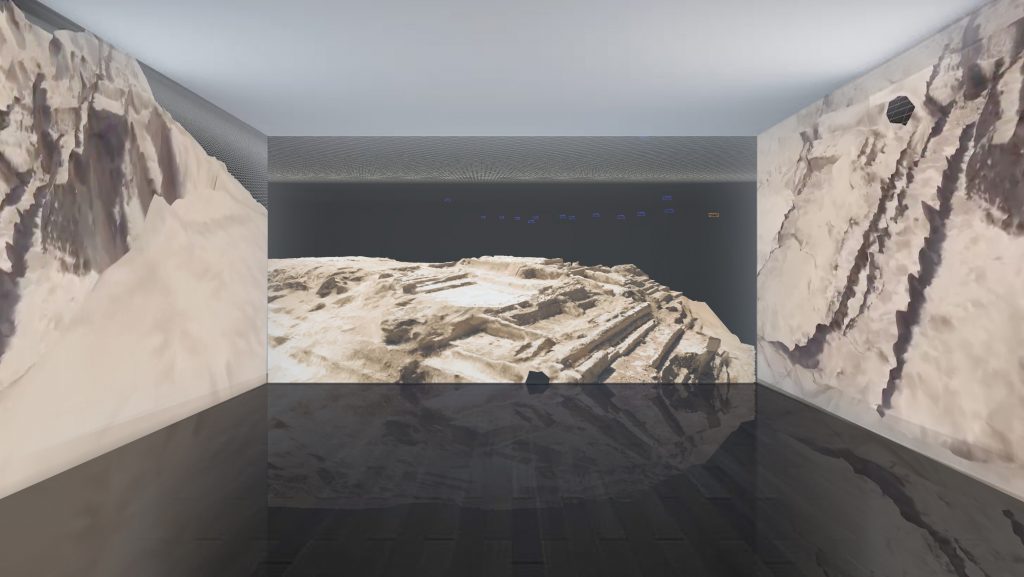 These series is called* Reconquista* as I view the temples scattered all over Lima as a glitch on what it would otherwise be a uniform third world imitation of first world architecture: these should have disappeared in colonial times (many did) but others were just forgotten, being buried underground but this erasing of memory was what actually saved them. 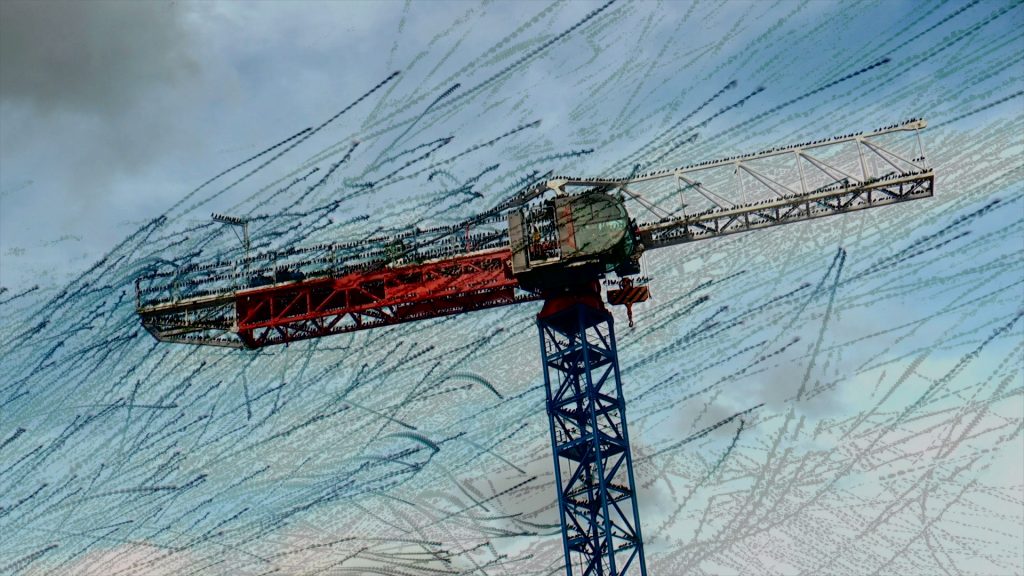 November in Marseille, starlings gather on a crane before their big departure to Africa.
The photographic trace, lost with the film, is here reinvented to show the flight of birds under a new aspect.
Will their freedom of movement forever remain a distant dream for humanity? 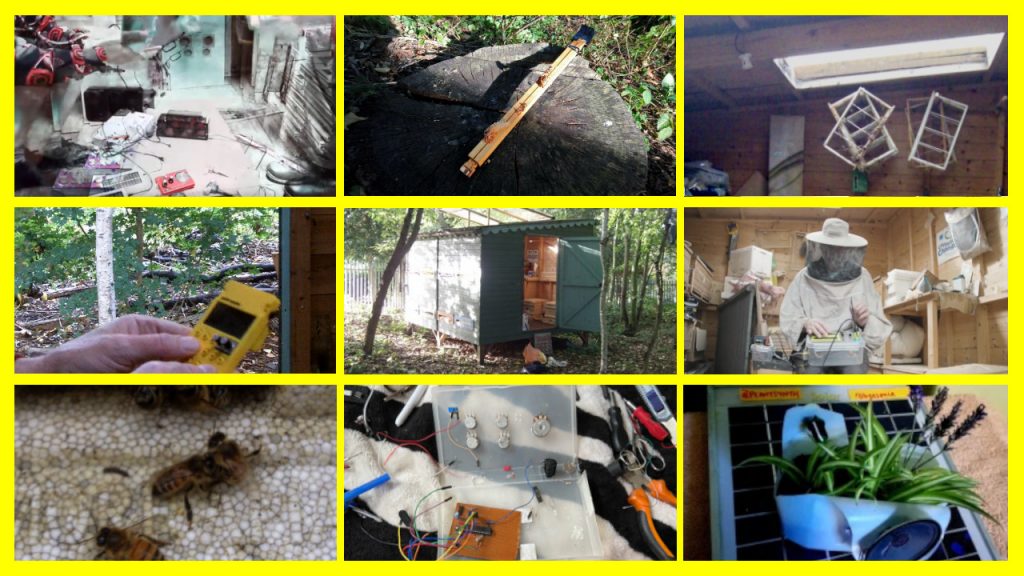 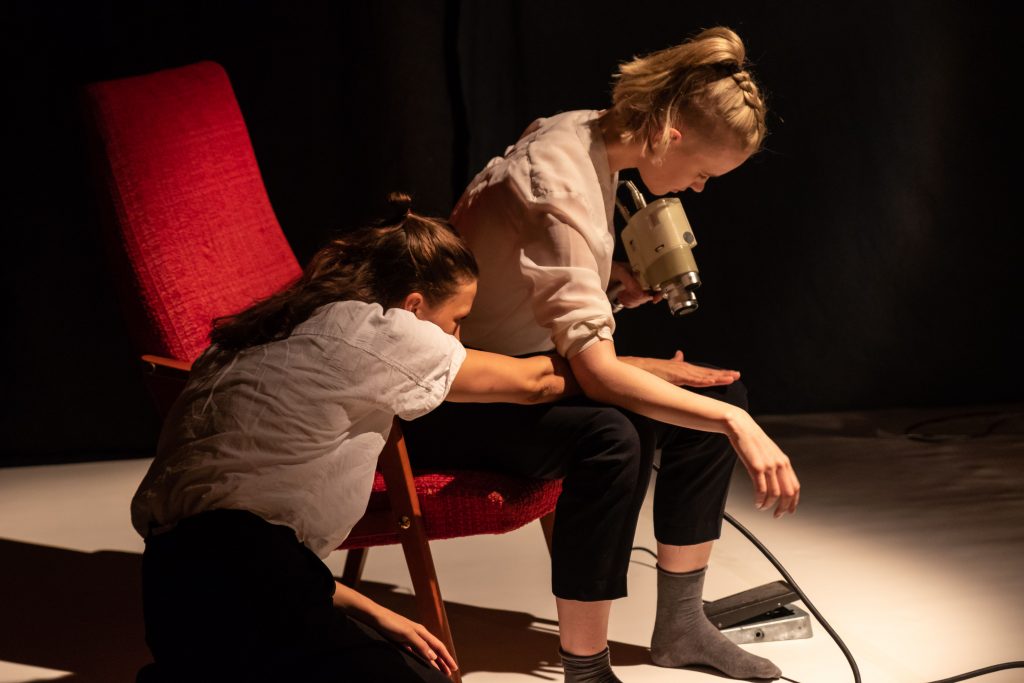 How does your hair sound, and what sound is made when you shrug your shoulder? Sound of Silence is not a performance in the traditional sense, but an open experiment exploring the relationship between movement and sound. The soundscape in this performance consists of sounds created on stage by the dancers and their movements. Using different types of microphones and computer programming, every sound you experience is a result of the happenings on stage. 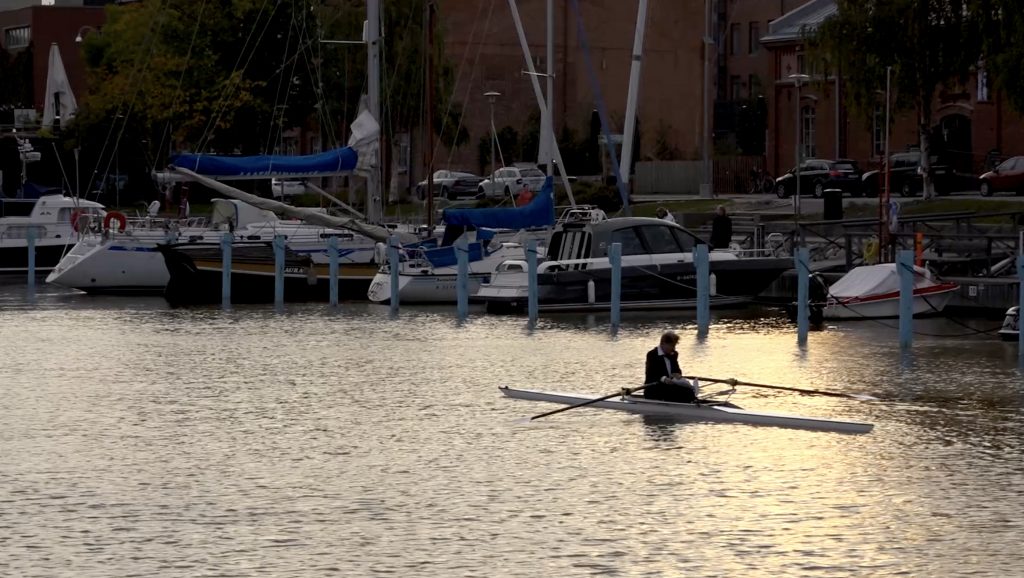 Close to the Water